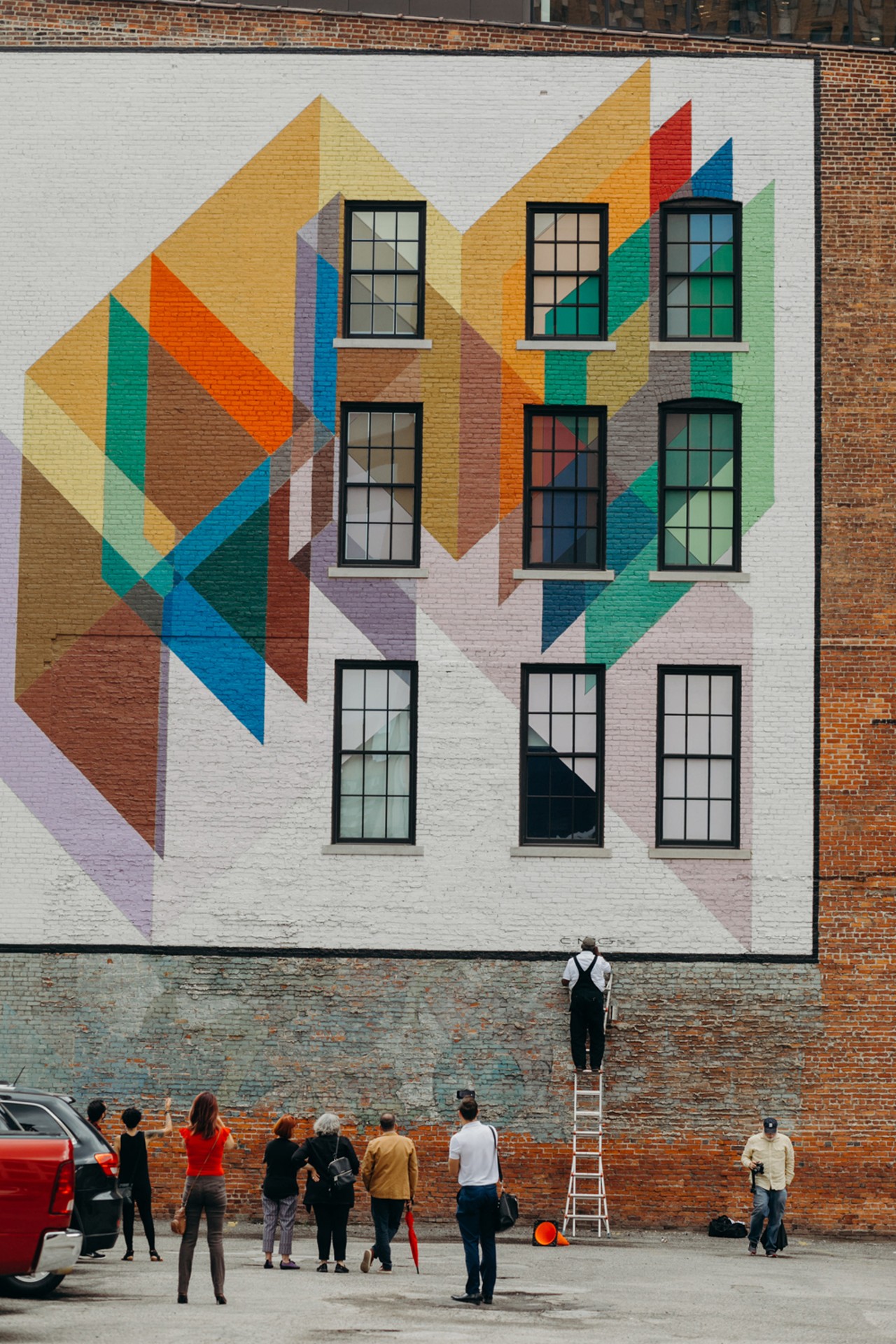 “The creative mind continues always to test the parameters of conventional knowledge, forever in pursuit of new vistas.”   —Charles McGee

Charles McGee is a Detroit treasure. With an art career spanning seven decades, McGee has touched the lives of numerous artists, collectors and the thousands upon thousands of people who have encountered his public installations.

This generous and humble artist was born in 1924 in Clemson, South Carolina, and moved to Detroit at the age of 10.  McGee studied art at the College of Creative Studies formerly known as the Art School of the Detroit Society of Arts and Crafts.   Determined to highlight the importance of visual art in the community, he founded the Charles McGee School of Art in 1969 to provide classes for both youth and adults and was able to maintain operations until 1974. Ever the arts advocate, McGee established an artist cooperative, Gallery 7 and later founded the Contemporary Art Institute of Detroit.

McGee was the first recipient of the Kresge Eminent Artist Award, conferred in 2008.  He is best known for his paintings, murals and assemblage works; 11 of which are in the permanent collection of the Detroit Institute of Arts. His public installations can be seen all around the city of Detroit: on the Marygrove College campus, on the grounds of the  Charles H. Wright Museum of African American History,  inside of Detroit Receiving and Beaumont Hospitals, at the Broadway Station of Detroit’s elevated transportation system, the People Mover and in the historic Rosedale Park community in northwest Detroit.

The revival of downtown Detroit has included the restoration of a 1974 McGee mural, on the east-facing wall of what in now the Detroit Foundation Hotel on Larned Street.  In the spring of 2019 muralist Hubert Massey and Southfield- based figurative painter Henry Heading were commissioned to restore the work to its original glory.

In August 2019, the Michigan Legacy Art Park in Thompsonville, Michigan presented McGee with the Legacy Award for a lifetime of achievement, in recognition of his influences as an educator, advocate and global citizen.  Graves + Mallett Art Solutions salutes our local treasure, Charles McGee!